OVERSEAS BASE REALIGNMENT AND CLOSURE COALITION

of the Mariana Islands 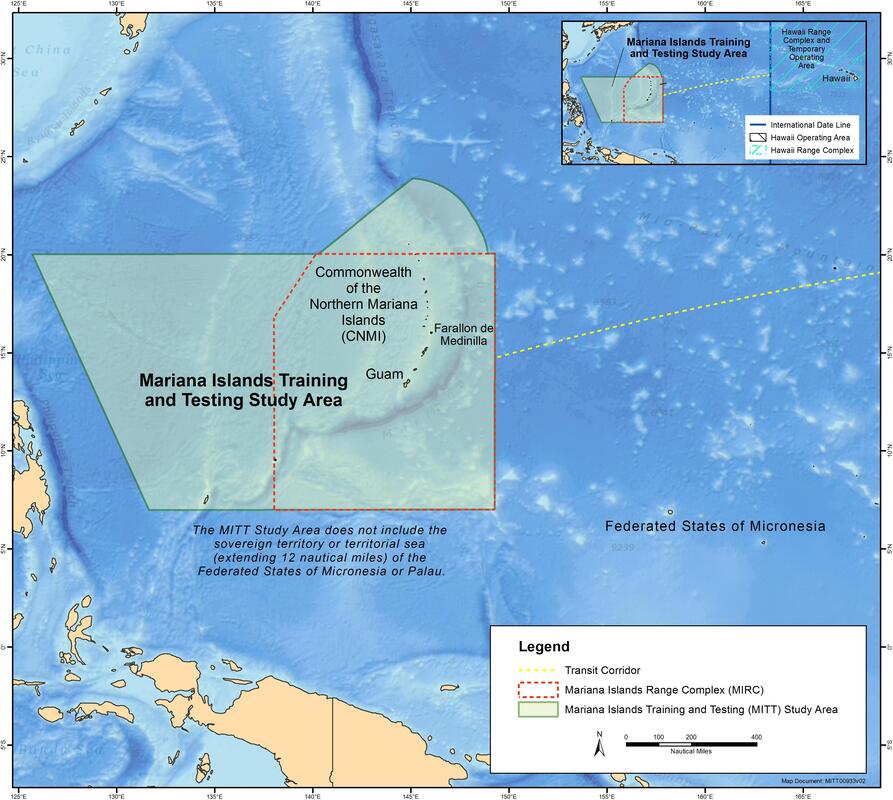 We are a broad group of scholars, military analysts, advocates, and other military base experts from across the political spectrum who are writing in strong support of the analysis and concerns expressed by Our Common Wealth 670 (a nonpartisan Commonwealth of the Northern Mariana Islands (CNMI) community-based organization) in response to the U.S. Navy’s Mariana Islands Training and Testing Final Supplemental EIS/OEIS.

1) “the protection of our land, seas and sky from further avoidable contamination” by any and all U.S. Navy activities, and

2) the suspension of all proposed training, testing, exercises, and other activities (i.e., the “no action” alternative) until the Navy can demonstrate scientifically that “there has not been nor will there be significant future direct, indirect, or cumulative impacts to [the Mariana Islands’] nearshore environment from live fire and bombing ranges.” We note that the U.S. Navy and the U.S. armed forces more broadly have a longstanding, documented history of contaminating water, soil, and air across the Mariana Islands and damaging the health of the people of the region.

The members of the Overseas Base Realignment and Closure Coalition (OBRACC) have studied and written extensively about U.S. military bases overseas and their impacts on local communities and environments. Several OBRACC members have been experts for decades. Collectively, we have published dozens of articles and reports, at least eight books, and other major publications on the basis of our research.

OBRACC supports the analysis of Our Common Wealth 670 in documenting several troubling, substantive deficiencies of the Navy’s analysis of the likely impact of increased military activity in the Marianas. We are especially concerned that:

1) The Final Supplemental EIS/OEIS does not adequately address potential human health and non-human environmental impacts of Navy training and testing activities in the Mariana Islands Training and Testing Study Area (MITT). Specifically, we are concerned about the health impacts of Navy munitions and other Navy pollutants on the people of the Mariana islands, many of whom depend upon marine animals harvested from these waters as a primary food source.

2) Our Common Wealth 670 documents the failure of the Navy to conduct a proper, thorough scientific analysis of the problem of contamination caused by Navy activities in the MITT. The Navy likewise appears to have ignored existing scientific studies that call into question the Navy’s conclusion that its future military activities will have no impact.

3) The Navy makes claims about the impact of Navy activities on the food supply, particularly marine foods, that are not based in scientific study of the issue. The non-quantitative, non-sampling-based dive scans that are claimed as the basis for the Navy’s conclusion that there is no human health effect does not pass muster as a scientific finding. The Navy does not appear to take seriously existing scientific studies by Gary Denton and colleagues finding serious contamination from past munitions dumpsites and other military contamination.  As Our Common Wealth 670 points out, the Navy also does not use easily available ethnographic information about the food sources used by the people of the Marianas which extend far beyond pelagic fish filets.

4) Our Common Wealth 670 documents the failure of the Navy to assess the cumulative impact of contamination dating to World War II. Scientific studies have demonstrated the continued seriousness of baseline environmental damage since World War II. The Navy asserts that there are no significant health problems without presenting data on either the baseline contaminant levels or the increase expected with future Navy training and testing activities.

In closing, we again urge the Navy and the Pentagon to carefully attend to the comments of Our Common Wealth 670, as demanded by the NEPA process, and to cancel all planned activities until the Navy can demonstrate that its activities will not cause direct, indirect, or cumulative environmental harm in the Marianas Islands.

Our members are available to answer questions you may have. Please contact Dr. David Vine at vine@american.edu or 202-885-2923.

Overseas Base Realignment and Closure Coalition
Affiliations of members listed below are for identification purposes only.